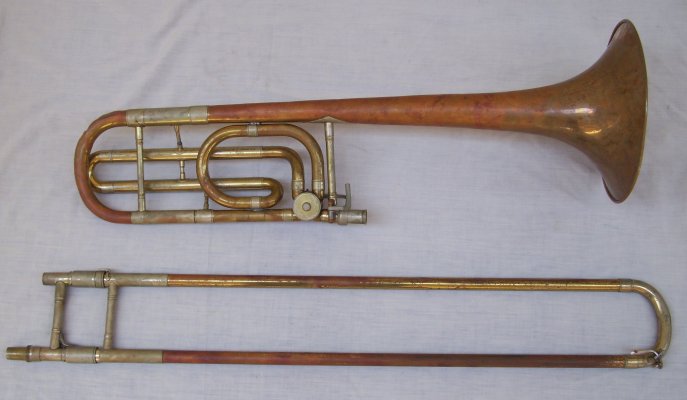 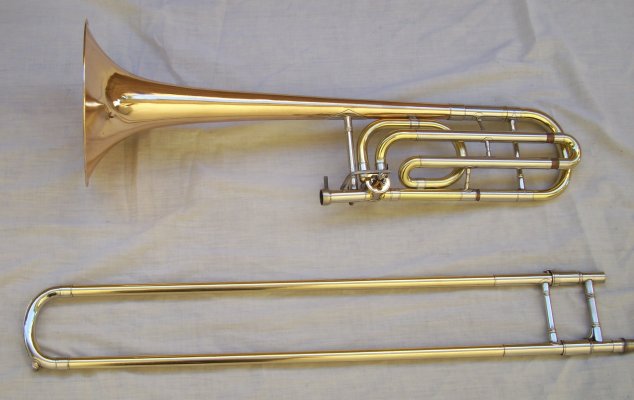 Here's an old 88H that came into my shop. It definitely had some issues: 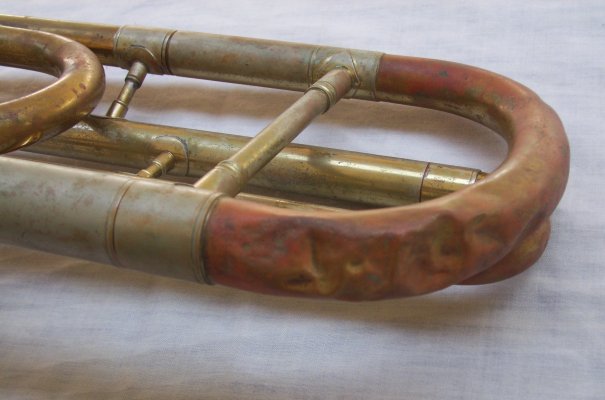 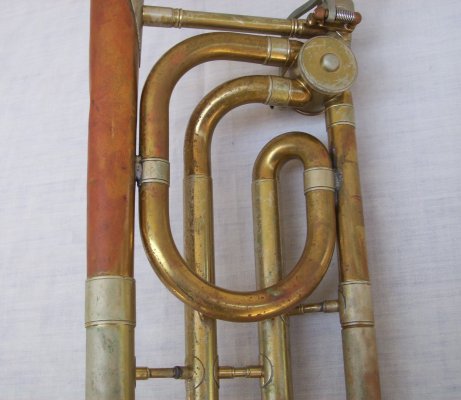 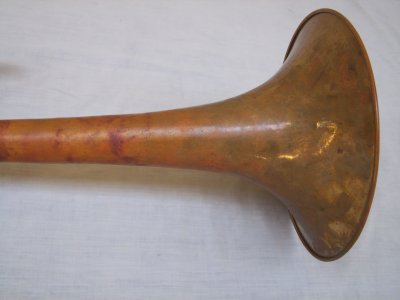 First thing to do was chem clean everything. You wouldn't believe how much grime came out of that horn!

Next, it's time to take out the dents. I took off the F-attachment to allow better access to the bell dents and a big gouge in the valve knuckle. That also made it easier to straighten everything out. The bell was actually bent a bit.

Polishing the bell a little makes the dents easier to see:

After getting the dents out and reassembling the bell section, it's time to attack the slide. I took the whole slide apart, got the tubes nice and straight, and polished the outer tubes. The crook guard was damaged beyond repair, so after smoothing out the dings in the crook, I put on a new guard. Making the solder work as neat as possible cuts down on cleanup time: 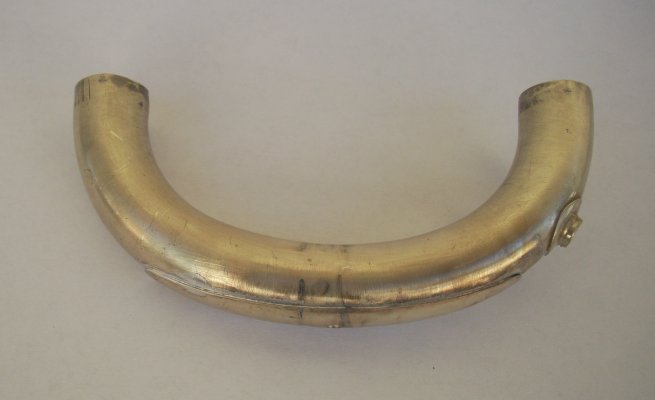 Then the slide goes back together. This is where it's crucial to have all the measurement exact, as in 1000s of an inch.

When everything's back together, I clean up all the soldered joints, and then it all gets buffed. The final stage of buffing is done with a fine compound that brings out the shine of the metal. After a very thorough cleaning, it gets a coat of lacquer. New waterkey cork, lube and install the valve, re-string the valve linkage, and I'm done. (That sounds a lot simpler than it is.) Here's the completed project: 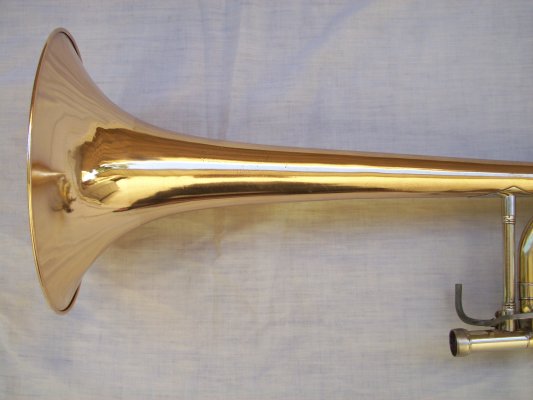 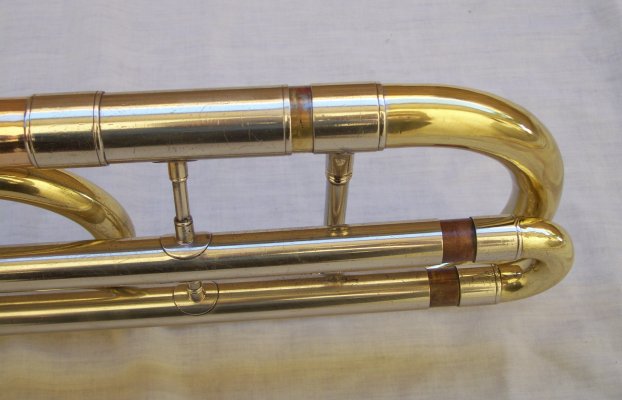 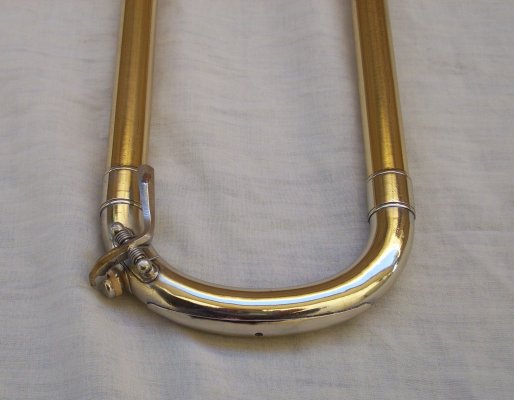 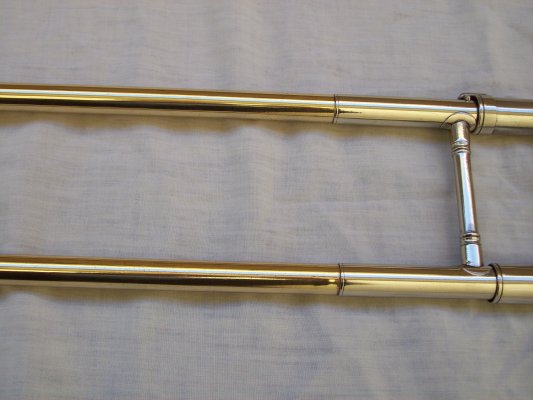