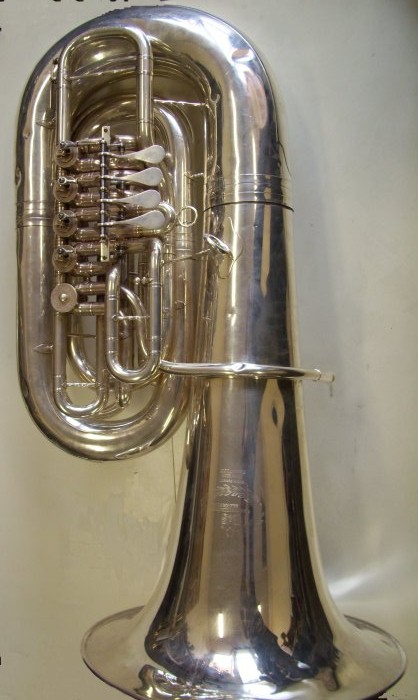 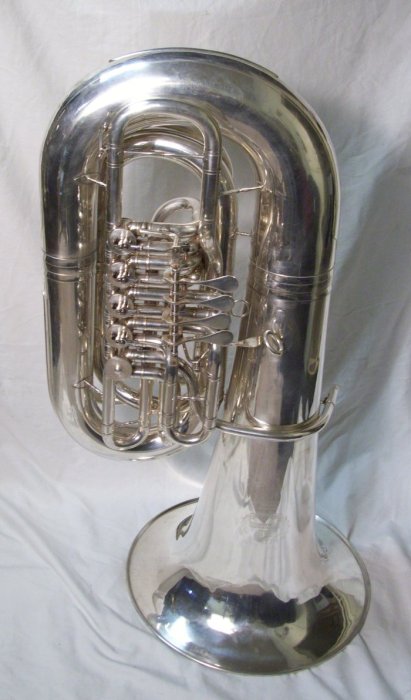 This B&S CC tuba got banged up pretty badly. Both joints of the bottom bow had come loose, and several other joints were loose as well. It had serious dents all over, the valve bracket had been smashed down into the valve tubing it's attached to, and all but one of the valves were seized. A lot of it had to be taken apart and soldered back together. Lots of dent work and a chem clean, and it's finally ready to play again. Here are some before and after pics: 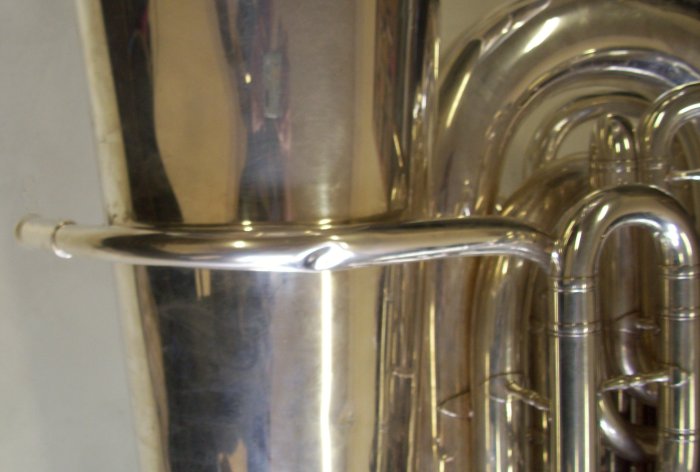 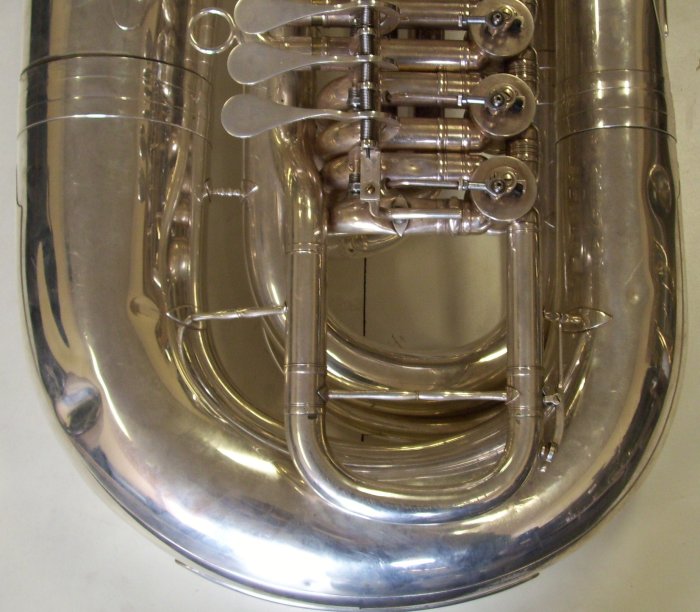 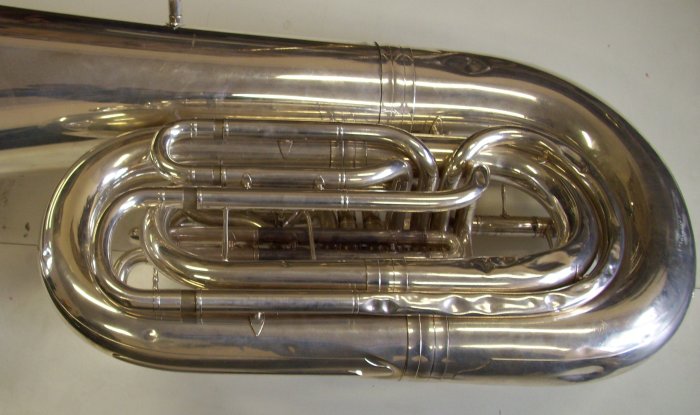 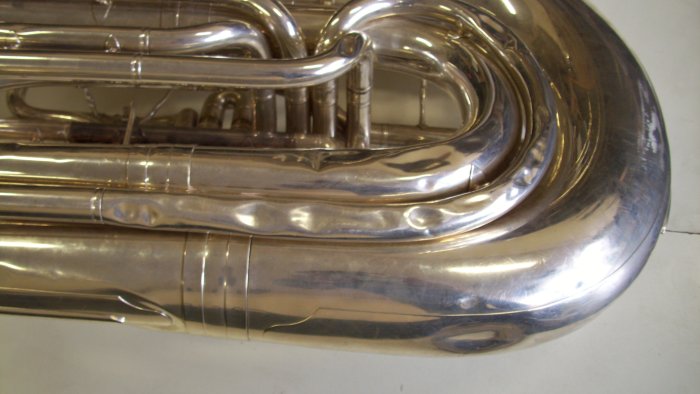 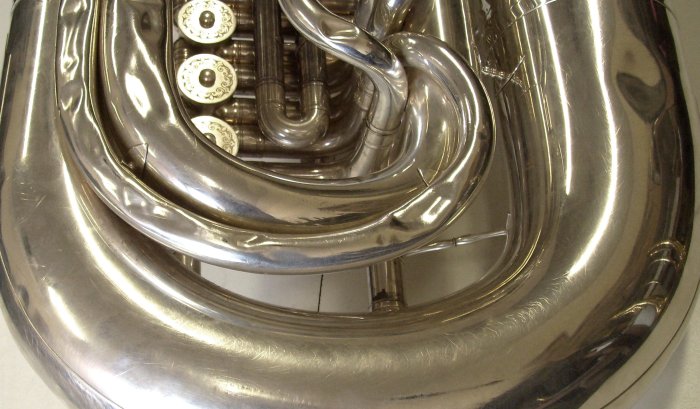 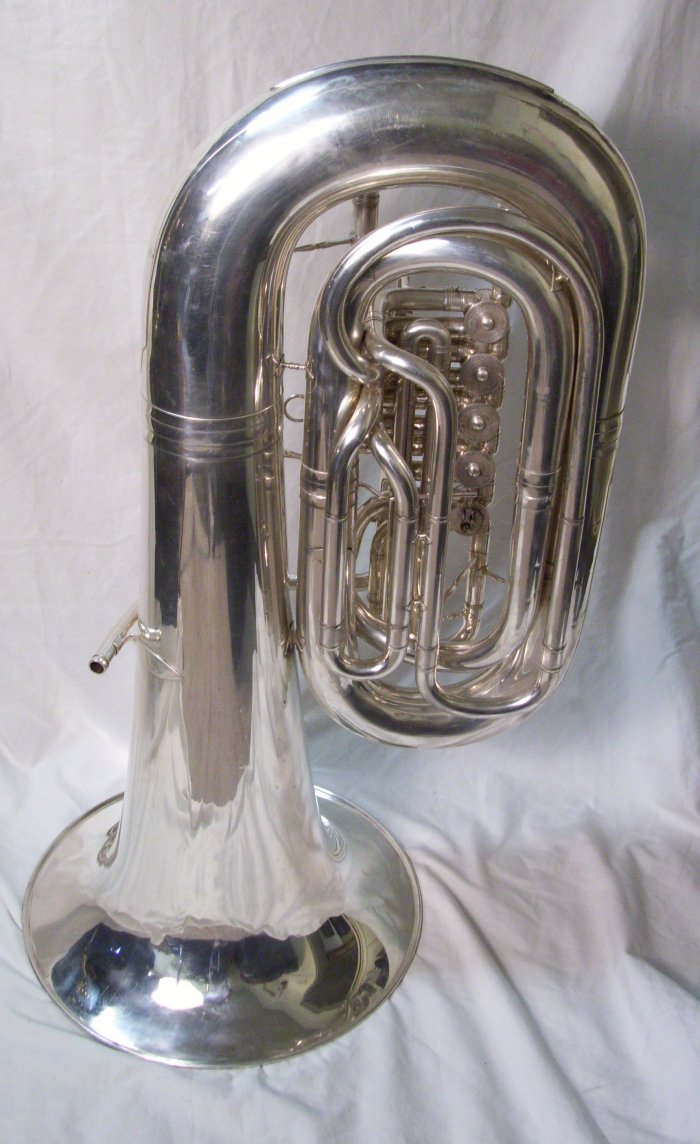 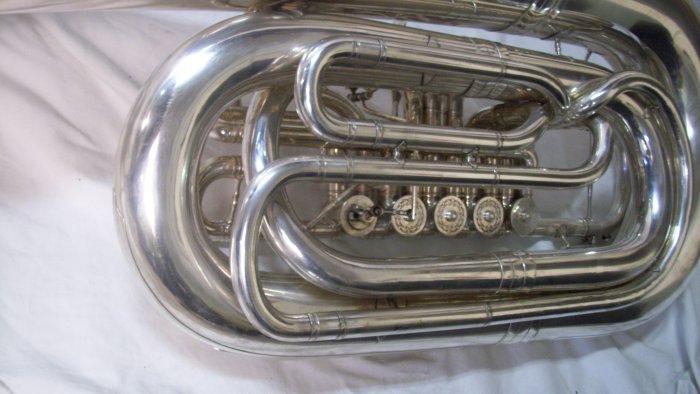 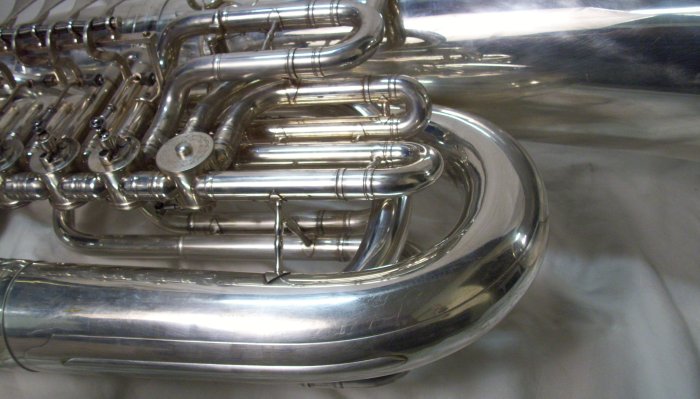 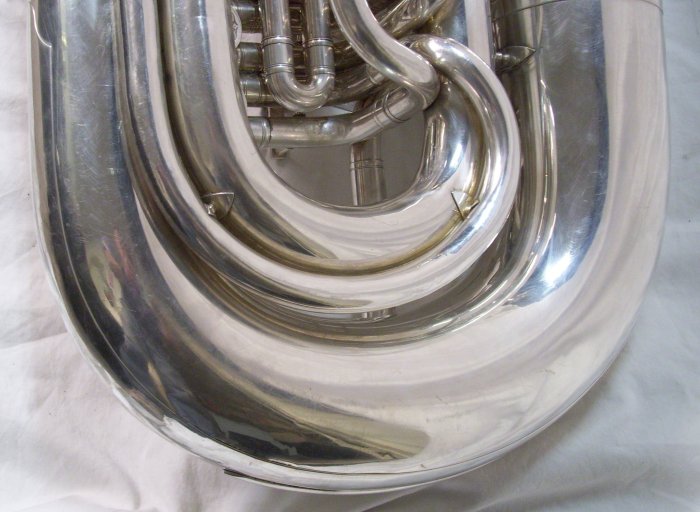 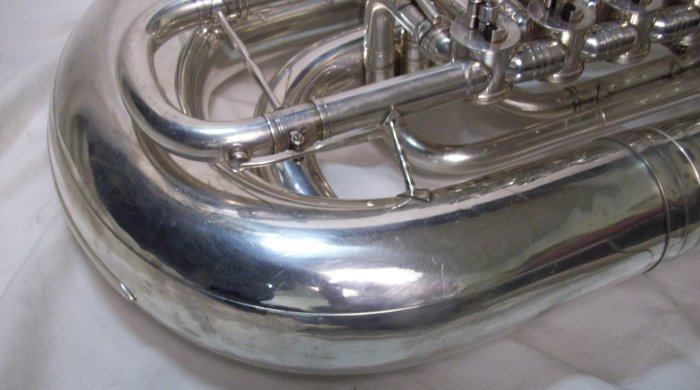